Swedish fast-fashion retail giant Hennes and Mauritz OR H&M, has sought permission from the Foreign Investment Promotion Board (FIPB) to invest Rs 720 crore (approx US 100 million) in India to start a fully-owned company that will open 50 H&M stores.

Faced with stagnating or slowing sales in key European and US markets, the world’s second-largest Apparel retailer by sales, has been eyeing Emerging economies, including India, for a while.

If the proposal is approved, India will be the 50th market for H&M that had sales of $18 billion in 2012 from its over 2,800 stores globally. The application was filed with FIPB, a unit of the Finance Ministry that clears Foreign Direct Investment (FDI) proposals, on Thursday through law firm Titus and Co. 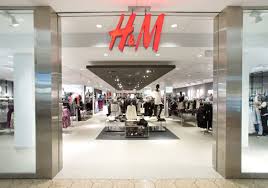 The retail giant says in its application it will fulfill all conditions of the country’s single-brand retail policy that includes sourcing locally 30% of the total value of the goods purchased.

It also assured it will not retail goods using the e-commerce platform. During his visit in February, while meeting commerce & Industry minister Anand Sharma, H&M chief executive Karl-Johan Persson labelled India as a “very interesting” market.

“It’s a huge market. We are not there yet. More than a billion people live in India and in Sweden we are only 9 million but we have 150 stores (in Sweden),” Persson had said.

H&M will engage in import, export, marketing, distribution, warehousing, manufacture, production and retail trade of products carrying the H&M brand. If its application is approved, it will sell 10 categories of products in India such as clothes, footwear, cosmetics, handbags and fashion accessories, home furnishing, home decoration, toys, kitchen utensils and cutlery among others.

In India, H&M’s biggest rival and world leader in sales, Zara achieved break-even within the first year of its launch and has annual sales of Rs 260 crore from nine stores. Several other brands such as Levi’s haven’t been so lucky and are still reeling under losses despite their decade old presence.

Experts feel that H&M’s global model is very similar to Zara and that of quickly duplicating and replicating fast fashion and a key reason why even the Swedish brand should click with the Indian consumers.

” They cater to the mid-premium apparel segment which is one of the fastest growing categories even with a high base. H&M’s global supply chain model is amenable to the Indian context from shorter cycle replenishment and local sourcing,” said Abheek Singhi, partner and director at Boston Consulting Group.

H&M follows in the footsteps of its Scandinavian peer, IKEA, which is currently waiting for the final approval to open 25 stores with an investment of Rs 10,500 crore, in India.

After six years of restricting foreign ownership in single-brand retail companies to 51%, India removed this sectoral cap in January-2013 and allowed global brands such as IKEA and Zara, which sell a variety of products under a single label to set up fully-owned companies in India.

The original policy change came with a requirement of 30% local sourcing, but the government diluted that condition after overseas firms said it was not feasible.

More than one dozen single brand retailers are said to be sizing up the Indian market for entry, many of them in various stages of researching, partner scouting or filing for government approvals.

Some of these are direct rivals of H&M including the largest casual wear retailer in the United States, Gap Inc, French apparel retailer Celio and Japanese fashion brand Uniqlo.