India’s hospitality sector has been struggling for traction through 2012, but international hotel chain Marriott seems to have had no such trouble, reports CNBC-TV18’s Farah Bookwala .

International hotel chain Marriott has, over 15 years in India, opened only 18 properties, mainly because the focus has been on profitability. And this has paid off.

Over the last five years, revenues and profits have shown 15-18 percent yearly growth. In 2012, its revenue per available room grew 5 percent Y-o-Y, when the industry saw it fall 6 percent, making India the second-fastest growing country in the Asia Pacific region. 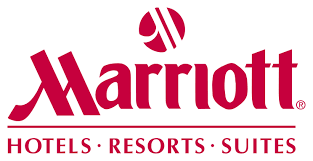 So, to take things to the next level, Marriott plans to open six more properties in the country in 2013 as part of an aggressive expansion exercise undertaken in the country.

Rajeev Menon, VP – South Asia and Australia, Marriott Hotels India says, “The different brands we operate have great reputation. Be it JW Marriott as a luxury hotel or a 4-star such as Courtyard. It is very well established. Also it has a lot to do with our very strong loyalty programmes. We now have 400,000 members in India alone.”

Of the 24 hotels that will be up and running by the end of 2013, 11 will be Courtyard by Marriotts, and 05 will be JW Marriott’s. In addition, Marriott will bring in Two New Brands from its global portfolio — luxury brand Ritz Carlton, and mid-tier brand Fairfield.

So that’s two new hotels in Banglore this year. Marriott says Fairfield will lead the next expansion thrust in the future ..

Menon says, “We see great opportunities for Fairfield. And therefore we have gone into a joint venture with Samhi Hotels that is currently developing properties around the country. We believe Fairfield, between today and 2015, could see 8-10 operational hotels with another very strong pipeline of about 20–25 hotels for the future.”

Under this JV, Marriott will develop Fairfield hotels at a cost of USD 25 million.

While the Marriott group operates all its properties in India solely through management contracts, the group is now looking to experiment with the franchising model for its brand Fairfield as it would enable them to scale up the brand quickly.

However, the management is firm that the franchising model will remain a small part of their operating model and that franchise contracts would be entered into only with select developers.