” Daniel Pink, makes out a credible & entertaining case showing how the bias against a sales job is misplaced “…

If you meet freshly minted MBAs or even graduates, it is quite common to hear some of the brightest among them make one thing clear: that they would be open to anything….but a “sales” job.

Now, I am a confirmed sales fan, and to me this attitude has been the biggest failure of both our professional education system and the job market to prepare people for corporate life.

It is distressing to see such a deeply ingrained bias against a sales role, especially in a services-led economy like ours today, which is why this book by Daniel Pink is a welcome addition.

As Mr Pink points out, a lot of people are engaged in what he calls “non sales selling”, or the times we are “moving” others to do something other than making a product or service sale. And that includes convincing your kid to make an extra effort for examinations! The need to acknowledge this new era of selling, with a process that goes against most of the widely held beliefs on successful selling, makes this a really interesting read. Mr Pink uses a style that is part writer, mostly teacher, with multiple research findings and exercises, besides recommending virtually the whole pantheon of the best authors on sales and motivation to get you “moving”. 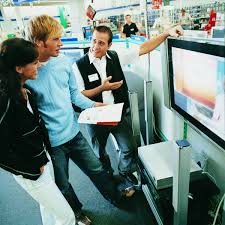 To imagine that the sales role is some compartmentalised function, that can operate independently of the rest of the firm, or vice-versa, is the biggest error a CEO or board can make in a company. Unfortunately, this attitude, as well as its attendant issues, is all too common. It is perhaps best exemplified by the uniformly poor reputation the life insurance industry has managed to acquire – a problem that is frequently attributed to mis-selling or the wrong sales incentives but obviously goes well beyond that.

Thus, this book is for all those people, and the many others in other functions with a similar view on a sales job – the view that at its most extreme sees the job as nothing more than cold calling, hustling work for people who are not much good at anything else. And, at its most charitable, a job for “extroverts” and glib talkers. Many more stereotypes abound, which need to be attacked, investigated or demolished, and this is as good a place as any to start the job.

Mr Pink does a comprehensive job of dismantling some of the most well-established perceptions and a few that are more nuanced, while creating a case that, in essence, says: learn the new sales, and see it change your life. Or else.

Mr Pink’s premise – that at the end of the day every one of us is involved in selling something, be it to family, friends or colleagues – is actually the sort of common sense that shouldn’t require a book. But then, as I said earlier, there is probably something about the word “sales” everywhere that convinced him to write a book on it. After all, he does have an earlier bestseller (Drive) that is based on the premise that empowerment and responsibility, not money, are the best motivators for people. As obvious as it gets, or perhaps not ?

The foundation here is the fundamental shift in the consumer landscape, brought about by the explosion and availability of information. This is the change in premise from caveat emptor (buyer beware) to caveat venditor(seller beware). It is no secret that the former warning gave sales and salesmen everywhere a bad rap, with its implied warning to consumers to protect themselves against mis-selling. Caveat venditor, on the other hand, seems to have put the ball right back into the salesman’s court, placing his customer in a situation to negotiate from a position of strength, making it imperative to earn her trust, genuinely understand her requirement, and try to sell only stuff he would buy himself. This shift might still be playing out in the Indian context; for readers of this review, however, I would imagine it is much closer than you imagine.

After reading all the research, doing some exercises, and testing your own profile, you will, hopefully, be convinced that, ideally, a great salesperson will be an ambivert, positive, persistent, and with clarity. Understanding why is the reason you need to read the book.

Perhaps the most fun part of this book is the section on making a pitch. In this section, besides explaining the six types of pitches, the book even has an exercise you can do to master yours.

For instance, you will love the Pixar pitch, which seems to involve a clearly defined template that every script must be able to fit into. Mr Pink does a good job of fitting this book into that template, by the way. Which could be a great idea if Pixar decides to make a film on sales. Now that would move a lot of people.