The retail industry in India which is largely un-organised is “growing rapidly” with the organised sector, also known as modern retail.

According to Images Research, Indian retail market has been growing at a healthy pace of 16 – 19 percent and is expected to reach a size of 56.8 trillion rupees of which about 11.1 percent will be modern retail.

However, the rapid growth has brought along with it certain challenges – the availability of skilled labour being one of the most prominent ones, since retail is a labor intensive industry. Currently Indian modern retail trade employs around a million people while the unorganized sector employs close to 12 crore people, directly or indirectly. According to a study done by National Skill Development Corporation (NSDC) a few years back, the human resource requirement in the retail sector would increase to 17.6 million by 2022.

Hence this poses huge challenge for the industry in trying to address the demand-supply mismatch of quality manpower as well as keeping a tab on their cost overheads. Skills-sets ranging from communication and interpersonal skills since a major proportion of the employment in the sector at the front-end/customer interface level to functional and domain specific skills are in great demand and retailers are taking a closer look at their resource base to address the demand.

In order to address the paucity of skilled manpower many retailers have set-up dedicated training centers to coach retail workforce – both fresh as well as existing workforce. Recently the USD 40 billion Aditya Birla Group (ABG), which has which has a significant presence in the country’s retail sector, opened the first Aditya Birla Centre of Retail Excellence (ABCRE), in Kormangala, Bangalore on May 08, 2013. It has plans to open four more centers in Delhi, Hyderabad, Chennai and Mumbai. These centers will train and develop the retail workforce in order to meet the current and future manpower requirements of the group’s retail operations.

“The Indian retail sector is facing an acute shortage of ’employable’ talent, even as there is growing focus on service standards in the industry. ABCRE hopes to fill this gap by training new recruits and upgrading the skills levels of the existing staff” said Mr. Pranab Barua, Business Director, Apparel& Retail Business, The Aditya Birla Group. The three retail companies of Aditya Birla Group – Aditya Birla Retail, Madura Fashion & Lifestyle and Pantaloon Fashion & Retail Limited – have a presence across 150 cities in India. The ABCRE training centres will facilitate the front-end training needs of these three businesses. The centres will be manned by Learning Delivery Specialists (LDS).

TRRAIN (Trust for Retailers and Retail Associates of India) is another initiative started in 2011 by B.S. Nagesh, the Vice Chairman of retail chain Shoppers Stop. It was formed with the vision of empowering people in retail and works to achieve immediate and lasting change in the lives of retail associates in India.  TRRAIN strongly believes that an efficient front-line team helps strengthen business as it plays a critical role in building brand and its experience. Front-line team is the critical last mile connect and plays a vital role in decision making as to whether the customer should remain loyal to a brand or not. In 2012-13 a total of 527 frontline employees from retail and associated services like house keeping and security benefitted from TRRAIN’s Foundation Education Program which it imparts in association with Aptech. A total of 22,512 hours of training were imparted since the inception of the program.

Going forward, the rapid growth in Indian retail sector will create shortage for skilled manpower both at the store and managerial level. As per sectoral classification, the demand for manpower will the most in apparel segment followed by the food and grocery segment as the Indian market slowly opens up to foreign retailers. For retailers, it is time to gear-up.

The city’s rich and famous as well as high net worth individuals (HNIs) in the country are flocking to invest in sprawling second homes or ‘country estates’ on the outskirts of Bangalore.

The world over, HNIs have stamped their preference for specific locations to build second homes and over the years these locations have developed a certain snob value. In New York, many HNIs have seaside homes in The Hamptons, while many rich Britons have second homes on the Spanish coast. In Mumbai, the rich and famous have a penchant for seaside mansions in Alibaug, while in the Capital the preference is for Lutyens Delhi.

And then you have individuals like Mark Zuckerberg , Larry Page, Tom Cruise, and Steve Ballmer who own country estates, homes of 17,000 sqft to 52,000 sqft in size situated on acres of land. Bill Gates and Michael Dell are said to own larger estates .

On the outskirts of Bangalore , in the vicinity of Sarjapur village near the Karnataka border, the country estate culture seems to ape the preferences of the American billionaires. Niche developers are targeting HNIs with one-acre land parcels and estate homes ranging in size from 15,000 sqft to 50,000 sqft.

“Country estates are for people who have `arrived’ in life, who don’t have to swipe the attendance recorder at 9:30 am, who want to get away from the city as often as they can,” says  Asipac, a real estate consultancy and marketing firm.

Founder of real estate consultancy firm Crorepati Homes, estimates that there are between 100 and 150 HNI estates in Hosur district of Tamil Nadu, which are largely owned by Bangalore-based (dollar) millionaires . “Now, HNIs from across India are looking for second homes in this belt,”.

Among the well-established gated estate projects in the area, offers 1-acre plots and has a resident list that includes the top IT millionaires of Bangalore. The project, which has approximately 40 functional estates , houses the country estate of the promoter family of Hyderabad-based Dr Reddy’s Laboratories.

In the same vicinity, Richard Rekhy, CEO of KPMG India, and Deepak Verma, former MD of WorldSpace Radio, have bought home in a niche project. The project consists of 35 country estates with average plot size of 0.58 acres and estates sized between 13,718 sqft and 56,284 sqft. Prices of the units range between Rs 3.5 crore and Rs 8 crore.

“The land price here is less than 10% of what you would pay in Indiranagar or Koramangala. Besides, it is not possible to afford a half-acre home within city limits,” says Bagaria, whose company is marketing.

The Department of Industrial Policy and Promotion (DIPP) is learnt to have given its approval to Hennes & Mauritz AB’s (H&M) Rs 700-crore investment proposal, almost six months after the Swedish clothing giant made an application to foray into the Indian single-brand retail market. 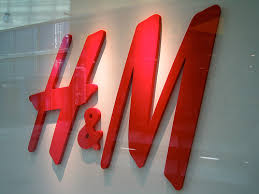