” The great Indian E-commerce Wedding we’ve all been hearing about for long is done”….the Two companies have kept it under the wraps so far but according to our sources, the deal has been completed and integration between the two has begun…

Both Myntra & Flipkart will operate as separate brands. This was a major point of contention between the two companies as Myntra was keen on operating a separate brand. In between, acquisition talks had stalled due to this…Back in November 2013, before the deal talks were on, we’d written on why the two companies should explore synergies. The two companies danced for a while….And there was much speculation in the press..!!

We haven’t been able to confirm the deal size, but the cash and stock deal is expected to be over $250 mn in value. Flipkart is also out to raise another round of funding before it makes it big move to go for a public offering…

In October 2013, Flipkart closed a $360 mn round of funding from investors including Dragoneer Investment Group, Morgan Stanley Investment Management, Sofina and Vulcan Capital and Tiger Global…Here are some of the details :

Accel, a common investor in both Flipkart and Myntra, has been known to be a M&A friendly Investor. Take a look at the past:

For Flipkart, Apparel is the #NextBigWhat category to crack and the company has been trying to catch up with Myntra, which is a market leader in the category. Although apparel is a high margin business, the war between the Two would mean large discounts and paying a lot of money to Google.. for #SearchEngineMarketing, at the expense of investors..

” Tiger Global, Accel Partners and Sofina are common investors in Flipkart and Myntra”….It would have ” cost them all a fortune if the Two had continued to battle it out while “Amazon” on one end and “Snapdeal” on the other” (Snapdeal recently raised $133.7 mn led by eBay)…..!!

And both Flipkart and Myntra are also notching up losses as their revenues go up..

Myntra closed a series F round in February 2014. Table below shows how much each investor funneled into Myntra:

Here’s a look at how sales and losses have grown at ” Myntra “.

Given that after Series F, there isn’t a lot of equity to play around with, “#Merger-withFlipkart is probably the only option” (there are very few other options for ” Myntra to explore a merger-synergy with”, now that ” eBay” is in bed with Snapdeal)..

This deal, we expect will happen at over $250 mn with Majority being Stock…Launched in 2007, by IIT alumni Mukesh Bansal, Ashutosh Lawania & Vineet Saxena, ” Myntra “ had started out as an online personalised merchandising solution to companies, before it revamped to its current model in 2011.

“Sports Direct, UK ” could expand into the ” Gym / Fitness Club-chain industry” after opening talks to buy up to 33 gyms from LA Fitness, UK “….The talks represent another surprise move from the founder of the retailer, which has already bought stakes this year in “House of Fraser” and “Debenhams”..

Mr Ashley is in talks to acquire the leases on the LA Fitness gyms after the troubled company was forced to dispose of sites through a company voluntary agreement. It is unclear how Mr Ashley will brand the gyms but it is understood they will be operated by Sports Direct..

It is not unusual for a sports retailer to move into the Gym / Fitness Club-chain industry. Sports Direct’s rival JD Sports opened a gym in Hull earlier this year while Dave Whelan, the founder of JJB Sports, created DW Sports Fitness Clubs.

Sports Direct is likely to use its own sports-wear brands – such as Dunlop, boxing range Everlast, and fitness brand LA Gear – extensively throughout the new gyms. 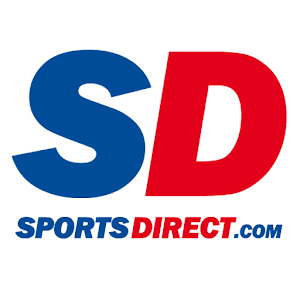 LA Fitness runs 80 fitness clubs, including the 33 earmarked for sale…The company is owned by banks and its management team after being forced to restructure its finances in the face of fierce competition from traditional rivals such as Fitness First and up-and-coming budget chains such as The Gym Group..

Fitness First was rescued through a £550 mil debt-for-equity swap, which saw US hedge funds Oaktree Capital Management and Marathon Asset Management take control from BC Partners..

Fitness First is understood to have examined the LA Fitness leases that are up for sale but wants to focus on expanding in London. The majority of the 33 sites are outside the M25. They include clubs in Belfast, Birmingham and Manchester..

If Sports Direct secures the deal then it is likely to look for more gyms to acquire. Mr Ashley has offered landlords a guarantee on the lease from Sports Direct, offering security for property companies. Sports Direct declined to comment.

The move into gyms could open a new avenue of growth for Sports Direct. Revenues and profits have been increasingly rapidly in its high street stores following the demise of main rival JJB…Shares in Sports Direct stand at 768p, more than double its float price in 2007.

However, Mr Ashley, who also owns Newcastle United, has a tempestuous relationship with the City….Shares in the company have fallen from a record high of 922p, in April after Mr Ashley sold more than £200 mil, of his stake in the retailer..

The share sale came just days after Sports Direct was forced to shelve a £70 mil, bonus for its founder due to opposition from shareholders.

Dave Forsey, chief executive of Sports Direct, said the company was “extremely disappointed by investors blocking the share award and warned that it could lead to “further uncertainty in the future ”…The company is yet to make public its intentions for the minority interests in “Debenhams” and “House of Fraser”.

Michael Sharp, the chief executive of “Debenhams”, said last month that he is talking to “Sports Direct” about placing its sports brands in “Debenhams” department stores.