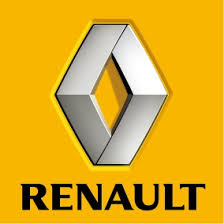 To have a portfolio of 7-8 cars in India with an entry level car at the heart of it: Carlos Tavares, COO, Renault – The Economic Times.

” Currently foreign Auto Companies sell their vehicles as well as their spare parts through franchised outlets, which is the industry practice “….

It has sought the permission of the “Foreign Investment Promotion Board ( FIPB )” to start single-brand retail outlets in the country.

The products to be sold at these outlets would range from high-end imported motorcycles and all-terrain vehicles (ATVs) to specialised side-by-side vehicles (small ones designed for off-road use), spare parts, accessories and even Honda-branded merchandise.

At present, the industry practice is that foreign automobile companies sell their vehicles, as well as spare parts, through franchises. However, HMSI, justifying its strategy to roll out company-owned single-brand retail outlets, has said in its application that it would give “better visibility to our brand Honda in India which will help ensure access to the advantages of cutting-edge technology, world-class products and services to the Indian two-wheeler industry, resulting in competitive pricing for products and services”.

The firm has identified the products it wants to bring through these stores. For instance, it wants to introduce two all-terrain vehicles — TRX 250 TE (priced between Rs 2 lakh and Rs 2.5 lakh) and TRX 420 FA. Besides, two side-by-side vehicles — Pioneer 700 and MUV 700 — could also be introduced in the Indian market. HMSI has also sought permission to sell over 28 categories of Honda-branded merchandise. These include mugs, pen drives, key chains, t-shirts, wall clocks, wallets, riding boots and body protectors.

These sales outlets would also purchase and sell spare parts and accessories for its entire range of vehicles.

The spare parts and accessories for Two-wheelers manufactured in India would be procured from Indian suppliers, while those for imported products would be sourced from overseas facilities. Since the value of spare parts, accessories, apparel and merchandise sourced from domestic vendors would be significant, the mandatory local sourcing condition in trading of spares, accessories and merchandise would also be met, the company said in its proposal.

Under the existing FDI policy, a Single-Brand Retail company with foreign investment must source 30 % goods from India, preferable from micro, small & medium enterprises.

Honda has sought a waiver on this, saying it would not be possible to procure high-end technology from Indian suppliers for ATVs, high-end bikes and side-by-side vehicles.

The company is likely to get the permission, since the turnover of these vehicles is likely to be less than 1 % of  HMSI’s total manufacturing turnover.

Italian auto maker ” Fiat “ is looking to expand presence in the country as it aims to have over 100 exclusive dealerships by this fiscal end.

“As part of restructuring our operations in the country, our aim is to have 100-plus dealerships in the country by the end of the current fiscal,” Fiat Chrysler India, Operations President and Managing Director Nagesh Basavanahalli told reporters here.

The company, which used to sell its cars through 176 Tata Motors dealerships till last year, currently has 54 exclusive dealerships so far in the country.

Last year, Fiat and Tata Motors ended the distribution alliance formed in 2007 to distribute and service the vehicles of the Italian firm.

“Initially, we are focusing on Tier-I and Tier-II cities and gradually would also look at having dealerships in other cities and towns,” Basavanahalli said. When asked about the company’s plans to enhance its brand image in the country, Basavanahalli said Fiat is taking various steps, including a full fledged marketing campaign.

“…Every single day dealer partners are signing with us…we are in the process of building the infrastructure… transition time is on,” Basavanahalli added. Fiat, which today launched an exclusive dealership here, plans to launch over nine new models in India in the next three years.

Among the New-models, FOUR would be from the “Fiat portfolio”, FOUR from “Chrysler” and ONE from “Abarth brand”, Basavanahalli said.

When asked if the company plans to set up a new manufacturing facility for the new models, Basavanahalli said: “Some (models) would be imported while others would be assembled here (in India)”.

Volkswagen Group-owned, Ingolstadt based “Audi” has overtaken its rival “BMW” as the number one player in the Indian luxury car space for the first time in the first quarter of 2013. And that’s not all the bad news for BMW:

According people familiar with the sales data, BMW India sold 1465 units in the January to March of 2013 of which 1410 units were BMW-branded vehicles and 55 were Mini-branded cars, a year-on-year decline of 40%.

Audi in the same period sold 2,616 units posting a growth of 15% and Mercedes Benz India sold 2009 units growing by over 5%. Rushlane, an autoblog was the first to highlight the change in the pecking order.

When contacted, BMW India said that the company is not in a month on month race in individual markets. “The BMW Group is a very successful global company and continues to strive for a worldwide balance in sales. We will continue to our success story in India in 2013 due to the availability of new models such as the BMW 1 Series in the third quarter and a full year availability of the BMW 3 Series this year,” the BMW spokesperson added.

Michael Perschke, Head, Audi India told ET, if the numbers are true, then Audi is not only number one in the first quarter of 2013, but for the whole of FY-13. “I think 2013 will be a very competitive year. It will be like an F1 competition, neck-and-neck racing and not like football league in Germany. At least we would end 2013 as a strong number two or we would be defending our number 1 position if things fall in place, as we have planned,” he added.

Perschke however says, whichever position the year 2013 ends, Audi will be number one in 2014 with more product offerings from the company and expansion of network.

Having sold 9,375 units in 2012, BMW India posted a flat growth last year, as its Ingolstadt based German rival Audi sped to a strong 63% growth with the sales of little over 9,000 units, sniffing at the number one position held by BMW.

Just a few days back, Philip Von Sahr, president, BMW Group India told ET that for him the number one position does not matter. “The lead of one month here or there does not matter. What is important for us is to grow sustainably with profits, and our endeavour will be to build a strong brand and rank number one in sales and customer satisfaction,” he added.

But even with double-digit growth, the fight for market share was intense, with discounts in 2012 reaching 10% to 25% in some cases.

Experts say the Indian luxury car market is still at a nascent stage and the real battle for the number one position will begin once the entire range of products, from entry level cars like Mercedes’ A Class or BMW’s 1 series right up to super sports cars are available in India.

“The real battle lines will be drawn in 2015-16, when the portfolio for all these companies will be complete,” said Deepesh Rathore, MD India, IHS Automotive.

By that the market would have doubled. I think in the coming decade Mercedes Benz, BMW and Audi would have traded the number one position to each other several times. The Indian market will move from exclusivity, to who has better market penetration, product portfolio and whose range is the freshest, ” Rathore added.

” Yamaha to develop $500-bike in India for global markets”.

India with its superior Engineering Talent-pool and value/quality conscious low-manufacturing costs….is currently under-going a Paradigm-Shift and position itself as one of the most-sought after “Global R & D” and “Manufacturing-Hub” for global Auto Brands in the 4-Wheeler & 2-Wheeler space, specifically targeted to catering to the consumer-Auto needs of the global Emerging & Frontier markets, over the next 2-3 decades…Read more, click the below-link……..MP.

India’s fourth largest two-wheeler maker TVS Motor Company Ltd has joined hands with BMW Motorrad to develop and manufacture a new series of motorcycles that will cater to the sub-500 cc segment.

The bulk of India’s motorcycle market falls in that category where Hero MotoCorp, Bajaj Auto and Honda Motorcycle & Scooter India, followed by TVS, happen to be the key players.

Motorcycles with high-powered engines happen to be the space where global firms dominate but it covers only a small portion of the local market.

As per the agreement, both companies will offer their own vehicle derivatives, which will be sold through their own distribution channels in India and across the globe.

“ With BMW Motorrad, we see an ideal long-term strategic partner who shares our core values – focus on quality, engineering prowess, innovation and customer satisfaction. We intend to leverage each other’s strengths to deliver a new series of products, offering cutting-edge technology for our customers,” said Venu Srinivasan, chairman of TVS Motor.

“In view of changing motorcycle markets, demographic developments and increasing environmental demands, we are expanding our product range so as to tap into fresh growth potential. This means in future, we will be able to offer vehicles in smaller capacity classes in addition to the BMW Motorrad core segments,” said Stephan Schaller, president of BMW Motorrad.

BMW Motorrad is part of the BMW Group that operates 28 production and assembly plants in 13 countries, as well as a global sales network with branches in more than 140 countries (out of which BMW Motorrad is present in 100-plus countries). The main production facility of BMW Motorrad is located in Berlin and last year, it sold around 1.85 million cars and over 117,000 motorcycles globally.

The BMW Motorrad model programme covers 19 premium motorcycle and scooter models (in the range of 650 cc-1600 cc) across categories such as Enduro, Sport, Roadster, Tour and Urban Mobility.

TVS scrip shot up almost 10 per cent on Monday as the agreement was formally announced. Rumours of an impending deal with BMW had set the stock counter buzzing for the past few days. However, the firms did not announce any formal deal where BMW might pick up some stake in TVS and the exact business dynamics of how the alliance would work was not disclosed.

The deal with TVS will spruce up the portfolio of BMW in lower-powered motorcycles while TVS will gain from expertise to take on its competition better.

Last year, TVS lost the position of the third largest two-wheeler maker in India as Honda Motorcycle & Scooter India pipped it in a market dominated by Bain Capital and GIC-backed Hero MotoCorp.

Earlier, TVS had a joint venture with Japan’s Suzuki but it came unstuck in 2001 amid many such cross-border deals in the two-wheeler industry. Suzuki had later launched its own operations.